“Importance Of Separation of Powers” by Mizgin 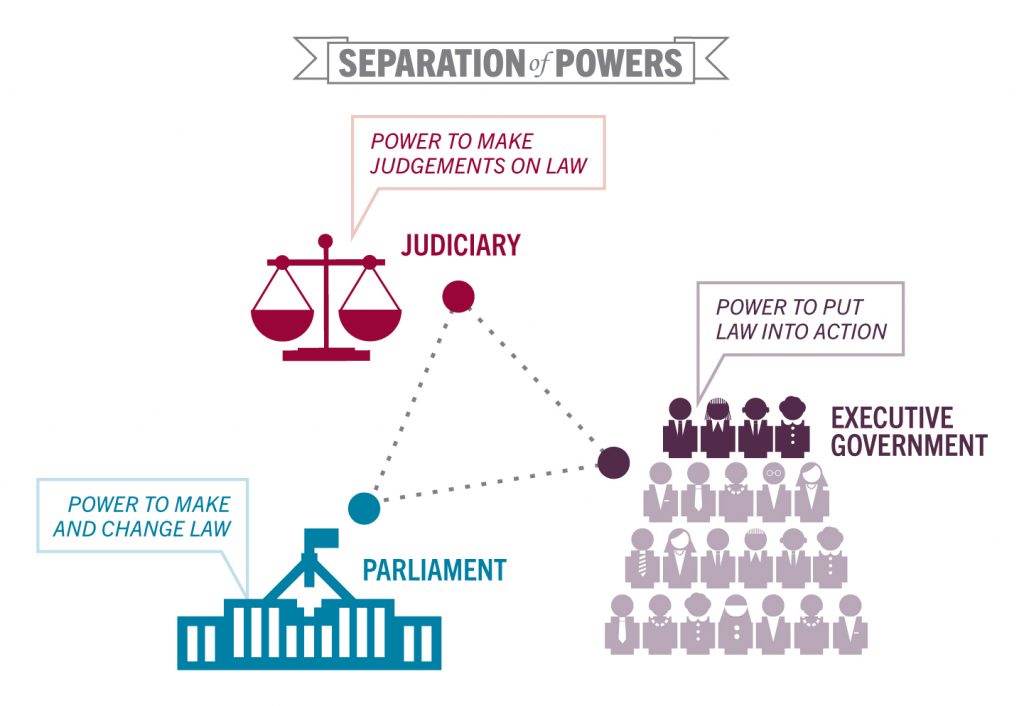 In contemporary democracies, the sovereignty of power is not used alone. I would like to take a look about legitimacy and try to find an answer to that “ how the power provides its legitimacy “. Legitimacy holds two distinctive qualities; Legal basis, and the basis of consent. Legitimacy, like authority, is a matter of degree, a government may gain and retain its legitimacy from citizens of the state. Therefore the government should be responsible for providing the citizens basic rights and wishes. The legitimacy of the government based on the relation between the state and its citizens. The relations between the individual and the state and their legitimacy in the governing process are determined and limited by the basic texts. In exercising their power and rights, they perform in a certain set of rules.

In this respect, they do not have the full freedom to use both their power and rights. Power use its own abilities within the rules. Every state has a written or unwritten decision or set of rules (constitution). Power is distributed among the institutions and powers. It sets out certain basic rights of the citizens and the basic borders of the governments. Constitution provides reconcile and social order in society. If you do not have to reconcile and social order existence of the society could be in jeopardy. Another main purpose of the constitution is to put legal restrictions on power – decision-makers. A constitution indicates the basic rules which are organization style, organs, relations among the organs, relations between the state and the citizen of the government a superior law. I think the information which I gave on the above is enough for the introduction and to understand the key concept of separation of powers. Let’s talk about more of separation of powers. The Government – decision-makers or the group who has the power to govern, want to secure their own rights and freedoms towards monarchy. But thanks to the democracy within the separation of power decision-makers and individuals do not have complete freedom when exercising their rights and powers they use that within a certain set of rules. The power carries out its powers and its relations with other political actors within the constitutional rules. The relations between the individual and state and their legitimacy in the governing process are also determined and limited by this basic set of rules. In this respect, individuals and decision-makers accept the rule of law and according to this, they carry out their actions. The rule of law against arbitrary behavior and practices, because acting arbitrarily is against the principle of equality and democracy as well. We need to impartial and independent state organs and institutions to preserve the principle of equality against arbitrary behaviors and practices. At that point, Separation of powers is quite helpful. The Separation of powers creates the limitation of power. Laws and institutions restrict the state to guarantee the fundamental rights of the citizens.

Therefore, to protect and secure to individual rights and freedoms these three powers should allocate among the different bodies, otherwise. like in authoritarian and totalitarian regimes, individuals do not have protection against the arbitrary actions of power. It will be caused to be an anti-democratic regime if all these three powers collected in one hand. The democratic regime needs to checks and balances system, individual freedoms would be protected against the state. The most important point in here is independent and impartial judiciary otherwise it is very difficult to protect individual freedoms and rights against the power. The basic purpose of the constitution to restrict the absolute power of the state in favor of individual freedoms. Because there is a need for a mechanism that can protect citizens from arbitrary actions of power. There is a need for a balance between decision-makers and individuals principle of separation of powers provides this balance. The safest way to protect political freedoms is the existence of balance and control mechanism. Without the principle of separation of powers, the effective protection of individual rights and freedoms is not possible. I would like to end my essay with a book recommendation which I really like. “George Orwell – Animal Farm” Orwell told us about importation of democratic regimes and check and balance system with a really funny and didactic way. I impressed the way one of the characters
which are Napoleon how changed when he got the power and could be able to abuse that power. You can not now, collecting all powers in a hand how might changes the human behavior and the person will go crazy with the power.