Be Inspired By Richard Branson´s Story 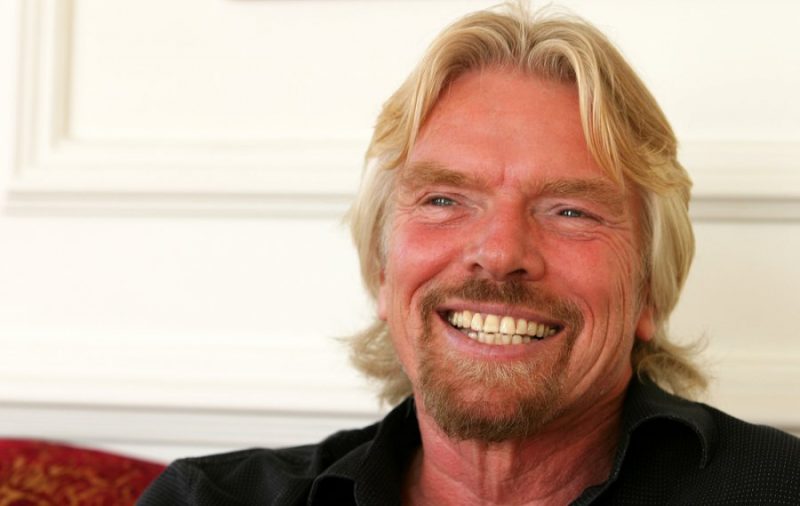 My interest in life comes from setting myself huge, apparently unachievable challenges and trying to rise above them … from the perspective of wanting to live life to the full, I felt that I had to attempt it.” – Richard Branson

Born Richard Charles Nicholas Branson on 18 July 1950 in Blackheath, London. Richard Branson has built an empire, becoming one of England’s leading businessmen, investors and philanthropists. He is now one of the wealthiest men in England with an estimated net worth of US$5.2 billion. He was knighted as Sir Richard Branson for his “service to “entrepreneurship” in 2000 by Charles, Prince of Wales at Buckingham Palace.

Richard Branson is famously known, not only, for his business ventures but also his charity work, his interests in social justice and his love of adventure and dangerous sports. He has attempted many world records throughout his career and currently holds three world records for the fastest Atlantic crossing in a hot air balloon, navigating from Japan to Arctic Canada in a hot air balloon, and for the fastest crossing of the English Channel in an amphibious vehicle.

Branson has always been business-minded, even though he suffers from dyslexia and performed very badly in school. His mother was an entrepreneur and his family always supported him in all of his endeavours, including re-mortgaging their house in 1971 to help pay off some of his business debts.

He started his first business, a magazine called Student, when he was 16 years old. Shortly after in 1970 he started his second business which was a company that delivered music records to subscribers. This endeavour would set the path for the rest of his career in music production and retail. In 1972 he opened a chain of record stores which would later be renamed as Virgin Records, which is now a global retail music chain and producer.

Branson’s love for technology and air and space travel saw his brand, Virgin, expand into aeronautics firstly as an airline in 1984 as Virgin Atlantic Airways and then into space tourism in 2004 with Virgin Galactic. In partnership with Microsoft, Branson expects to take paying passengers into suborbital space for the cost of US$250,000 by the end of 2017.

As well as these businesses, Branson also owns Virgin Mobile, a leading global telecommunications provider and he has also donated more than half of his wealth (estimated around $2 billion) to a variety of charities. He was named in BBC’s 2002 poll as one of the 100 Greatest Britons for his service and dedication to humanitarian work and entrepreneurial projects.

If there is one thing Richard Branson does well, it is to live life to the fullest by making the most of every opportunity. Failure is something he has never feared.