An Italian girl in Lugo 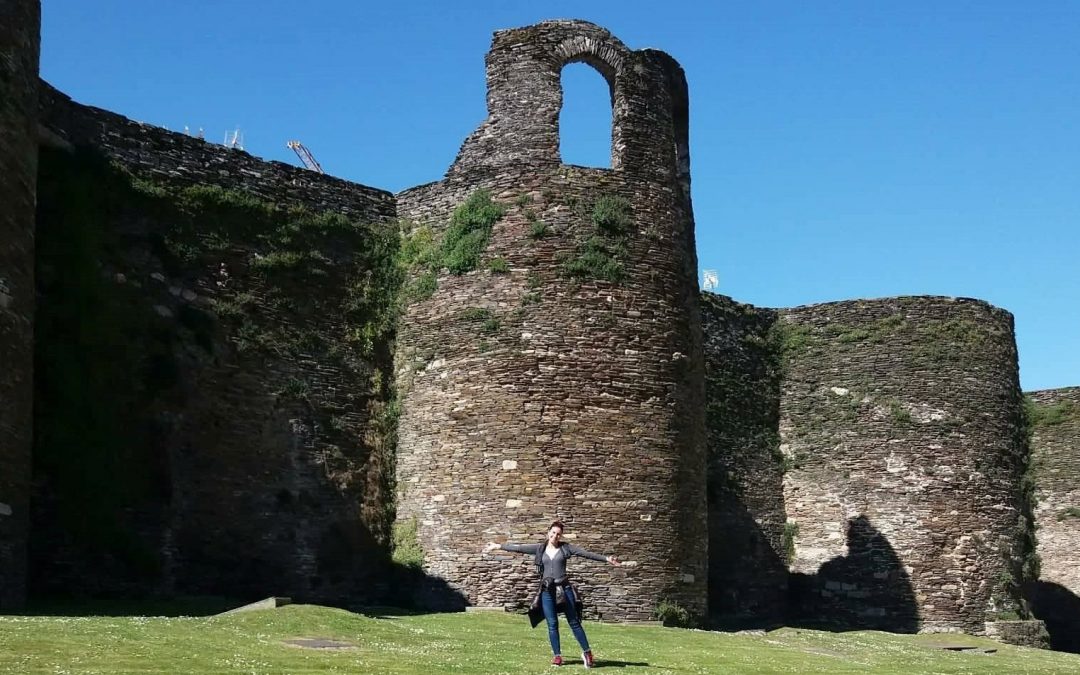 Since high school I wanted to experience life abroad and so now here I am, in Lugo!
I have always been aware of the Erasmus study but last year, thanks to a friend’s
experience, I discovered the existence of the Erasmus traineeship, another program
funded by the European Union thanks to which students and recent graduates can do
an internship in another European State. As soon as my university’s (University of
Cagliari, in Sardinia, one of Italy’s major islands) announcement came out, I applied
and so, two days after graduating in Law, I was catapulted into this lovely Galician
city.

Needless to say, in sending my CV to companies, I aimed at cities like Barcelona,
Madrid, Seville maybe, but the first convincing response came from an association in
Lugo. Lugo is the capital of the homonymous Galician province, today it has about 100,000
inhabitants and it was founded by the Romans between 26 and 12 BC in honor of
Augustus, hence the original name of Lucus Augusti. Between the end of the 3rd and
the beginning of the 4th century AD the walls were built, they are still preserved
completely intact (the only case in the word!), they surround the whole city center
and have been included in the list of UNESCO World Heritage Sites.
Other places of interest are the “house of mosaics”, the Roman bridge over the river
and the imposing Romanesque cathedral.
Lugo is a tourist destination not only for the Roman ruins but also because it is the
closest city to Santiago de Compostela and therefore appears to be the last major stop
made by pilgrims before reaching the end of the Camino de Santiago.

The association I work for is called Axel and is involved in developing projects
related to education. I work in the legal department, although now I am mainly
dealing with human resources; moreover, at the moment we are starting a new project
in the form of startups and for this reason we are also following some lessons at the
University of Administration.
Working for Axel is great because it hosts various Erasmus students and therefore we
find ourselves in an international climate: at the moment I share the office with a
Greek girl who studies economics, two Turkish boys (an engineer and a computer
scientist) and another Italian girl , computer scientist too.
Needless to say, the city is beautiful, all history and nature. Moreover, having many
universities inside, there are also many Erasmus students so in the evening the clubs
are particularly lively and funny.

Local people love entertainment, food and above all music, that’s why every night
there are at least a couple of musical events around the city. Speaking about food, the
specialties of here are the pulpo gallego (slightly spicy octopus) and the warm callego
(a soup based on meat and vegetables) but my favorite thing is the tapas: tasters of
food that in Spain they bring you whenever you order something to drink and here
they always make you choose between tortillas (egg and potato savory pie),
empanadas (similar to Italian focaccias), costillas (pork ribs with a garlic-based
sauce), mushrooms, various types of meat and fish…

Despite being a tourist city, Lugo is really cheap, even rented apartments aren’t
expensive, so I think it’s the perfect city where to have the first experience away from
home. I still have two months left to finish this experience but I can already feel the
melancholy, I am very well here in Galicia and I hope to come back in the future as a
tourist.